In the summer of 2020, an 82-year-old male presented to the emergency department to evaluate right foot pain and swelling over the past week. He saw his primary care physician earlier in the morning, who referred him for more emergent evaluation. He states he fell at home one week ago, injuring his right foot. This initially resulted in minimal pain, but over one week, the pain and swelling continued to worsen. He notes that he had no open wounds or active bleeding at the time of the initial injury. However, over that week, in addition to the escalating pain and swelling, he developed a bleeding ulcer on the dorsal aspect of the right foot. He could stand and ambulate … read more 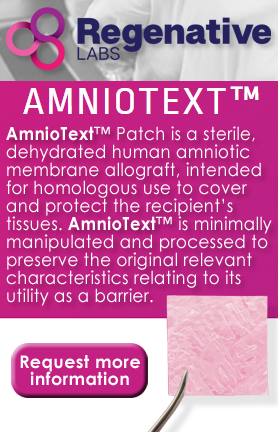 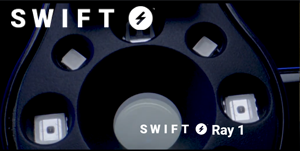 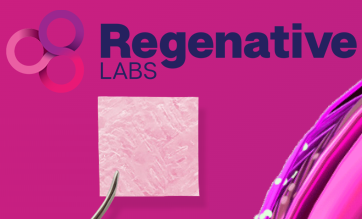 AmnioText™ patches are produced from human amniotic membranes and can be placed on the wound closure sites after a medical procedure or directly onto an open wound. The allografts are minimally manipulated and undergo an extensive and comprehensive testing process. The patches are produced in our first-class, state-of-the-art lab in Pensacola, Florida, to ensure the highest quality tissue allografts available. Click here to request more information